How a ‘Ralph Breaks The Internet’ animator smashes...
How The PS Classic Became The PS “Yeet”...
MCU shows on borrowed time: Why Iron Fist...
Watch This: Take Your First Look At The...
All Aboard the 90s Nostalgia Train! ‘Rugrats’ is...
Check Out The New Goodies Coming To No...
I Don’t Wanna Grow Up, I’m A KidCon...
Doctor Who Season Eleven Teaser Drops During World...
The Predator Red Band Trailer Is Why I...
Time for another adventure! “Shadow of the Tomb...
Prepare for a reunion! ‘Zombieland 2’ is here!
‘Black Widow’ Movie Finally Finds A Director!
Cancelled Dead Space 4 Was Revealed To Be...
Dragonball Super News: Broly Becomes Canon Again!
Sony Xperia XA2 Plus – Welcome Back Hi-Res...
Get ready! Is Marvel Comics Changing this Heroine?
Borderlands 3 Release Date Rumors Coming Out!
Watch This! Netflix Trailer for ‘Extinction’ Looks Killer!
Wait, There’s How Many Cameras on the Samsung...
‘Fortnite’ Season Five – Worlds Will Collide and...
Home Gaming ‘Fallout 76’ Announced From Bethesda Ahead Of E3
GamingNews

‘Fallout 76’ Announced From Bethesda Ahead Of E3

After a lengthy live-stream of what appeared to be…well, nothing really, Bethesda finally has announced a new title in the works. Titled ‘Fallout 76‘, the teaser trailer below shows a clean-looking vault, very homely but decorated seemingly in preparation for a party. Other than being quite domestic in appearance, there is a suspicious lack of weapons present in the trailer, despite a pip-boy being shown.

I mean, what good is V.A.T.S. without some sort of thing that spits plasma at baddies?

“When the fighting has stopped and the fallout has settled, you must rebuild.”

Hmm, okay. Lots to digest. I’d speculate on a few things. One, Bethesda’s press site uses the code-name: ‘Mountain’ to refer to Fallout 76. There’s also a cover of a John Denver song in the trailer, “…West Virginia, mountain mama”. Two, various publications and other sites have rumored that the new Fallout will be multiplayer. Thus, we’re looking at a multiplayer Fallout game set in vault 76? What could possibly be so interesting in the Fallout world to be stuck inside one vault? One thing’s for sure, Bethesda Game Studios says not only will there will more information revealed on June 10th for their E3 presentation, but there’s confirmed platforms for Fallout 76 including Playstation 4, Xbox One and PC. 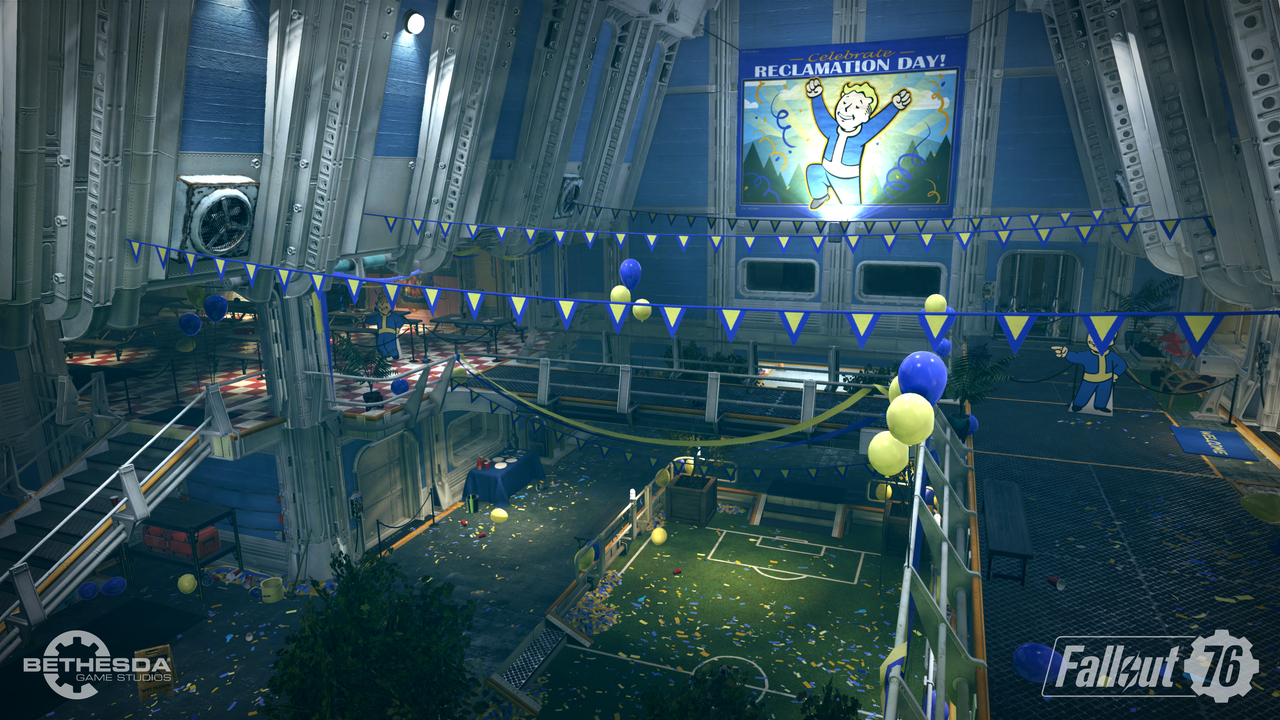 My guess? Since Fallout Shelter was fairly popular, they’re expanding on that idea and essentially making a cross between Fallout Shelter and The Sims, with multiplayer. Yeah, it’s a stretch, but Bethesda Game Studios doesn’t screw around. It seems almost everything they touch turns to gold to a point. I would also wager than once the true reveal happens on June 10th, you’re going to see a release date this coming holiday. Bethesda just hates long wait times, and rarely do they do delays. As soon as they know it’s ready in the last stretch of development, that’s when they reveal a title.

I just couldn’t be more excited. What about you geeks? Excited for an expanded Fallout Sims/Fallout Shelter to release? Tell us what you think Fallout 76 is in the comments!

Roseanne Reboot Drama: The Tweet That Keeps On Tweeting