How a ‘Ralph Breaks The Internet’ animator smashes...
How The PS Classic Became The PS “Yeet”...
MCU shows on borrowed time: Why Iron Fist...
Watch This: Take Your First Look At The...
All Aboard the 90s Nostalgia Train! ‘Rugrats’ is...
Check Out The New Goodies Coming To No...
I Don’t Wanna Grow Up, I’m A KidCon...
Doctor Who Season Eleven Teaser Drops During World...
The Predator Red Band Trailer Is Why I...
Time for another adventure! “Shadow of the Tomb...
Prepare for a reunion! ‘Zombieland 2’ is here!
‘Black Widow’ Movie Finally Finds A Director!
Cancelled Dead Space 4 Was Revealed To Be...
Dragonball Super News: Broly Becomes Canon Again!
Sony Xperia XA2 Plus – Welcome Back Hi-Res...
Get ready! Is Marvel Comics Changing this Heroine?
Borderlands 3 Release Date Rumors Coming Out!
Watch This! Netflix Trailer for ‘Extinction’ Looks Killer!
Wait, There’s How Many Cameras on the Samsung...
‘Fortnite’ Season Five – Worlds Will Collide and...
Home Gaming MUST-PLAY: Why XCOM 2 Is Frustratingly Addictive
Gaming

MUST-PLAY: Why XCOM 2 Is Frustratingly Addictive

It’s Friday, geeks! That means another ‘Must-Play’ is coming your way. This week, Firaxis‘ XCOM 2 is the focus. I swear, the amount of times you have 99% to hit, and miss, is insane. What’s more insane, is that you keep coming back for more because even in that case, XCOM 2 never feels unfair.

The XCOM series has been around for awhile, and since it’s newfound reboot in 2012, it has spawned numerous titles inspired by it. Capitalizing on the success of XCOM: Enemy Unknown, XCOM 2 finds itself in the midst of not just an alien invasion, but where the aliens actually succeeded. Instead of having multiple governments and agencies at your disposal, you are now a ragtag group of rebellious anti-fascists that need to scrounge for resources in order to overthrow your new alien overlords.

XCOM 2 plays like it’s predecessor, but it has the brilliant combination of familiarity and fresh uniqueness. The maps are all new, and there are more. The customization options are in the ridiculous numbers, which ties into what makes XCOM so special. You level up each and customize each soldier in various ways: 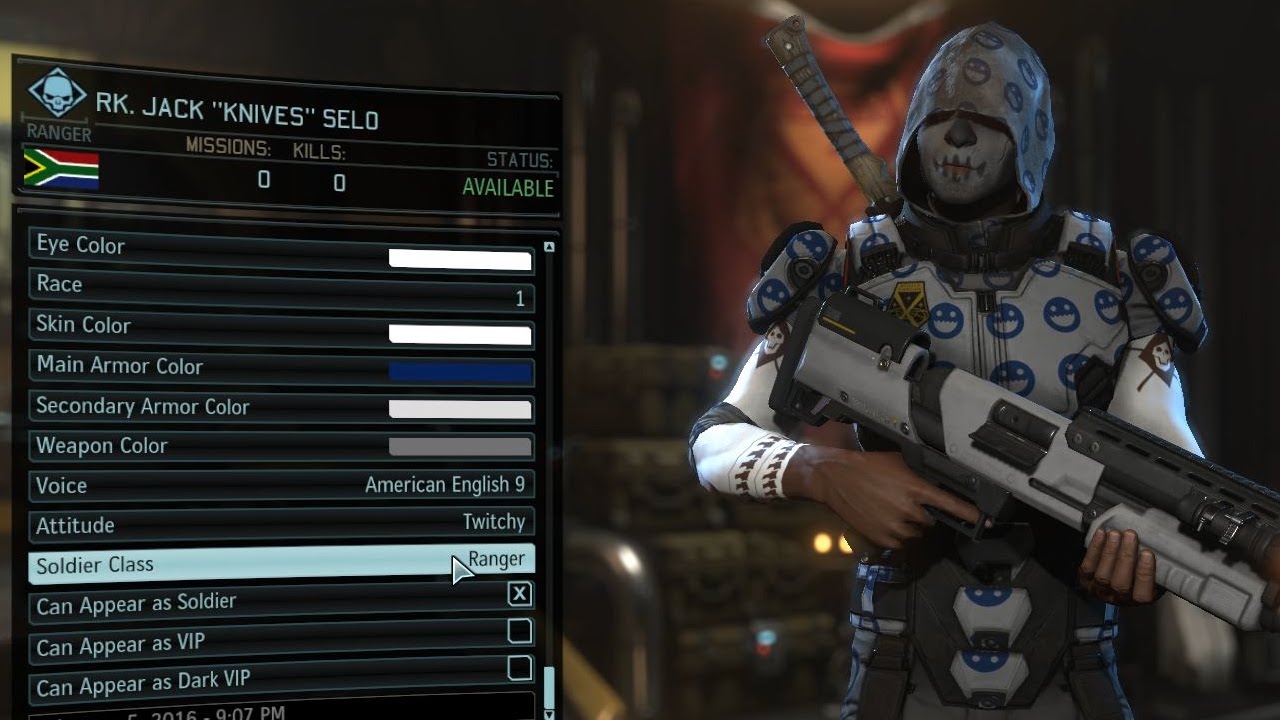 The thing is, the more you level up your soldiers and start picking classes, specializations, healing them and having them almost die makes you bond even more with them. Thus, when you almost lose one (or when you do) it is the most pain you’ll feel in a video game in terms of loss.

I, for one, nearly despise turn-based games. They seem like a relic of a mechanic from the technological hindrances of yesteryear. However, someone recommended XCOM: Enemy Unknown to me when it released, and I was absolutely hooked. Even if you don’t like turn-based games, if you like strategy games in the slightest, this one is an absolute must-play. It goes on sale all the time, so grab it in the Amazon link above or wait for your classic Steam sale. If you’ve already dug into the series and want more, check out it’s original creator’s spiritual successor, Phoenix Point!

What about you geeks? Have you played any of the XCOM series? Let us know in the comments!