How a ‘Ralph Breaks The Internet’ animator smashes...
How The PS Classic Became The PS “Yeet”...
MCU shows on borrowed time: Why Iron Fist...
Watch This: Take Your First Look At The...
All Aboard the 90s Nostalgia Train! ‘Rugrats’ is...
Check Out The New Goodies Coming To No...
I Don’t Wanna Grow Up, I’m A KidCon...
Doctor Who Season Eleven Teaser Drops During World...
The Predator Red Band Trailer Is Why I...
Time for another adventure! “Shadow of the Tomb...
Prepare for a reunion! ‘Zombieland 2’ is here!
‘Black Widow’ Movie Finally Finds A Director!
Cancelled Dead Space 4 Was Revealed To Be...
Dragonball Super News: Broly Becomes Canon Again!
Sony Xperia XA2 Plus – Welcome Back Hi-Res...
Get ready! Is Marvel Comics Changing this Heroine?
Borderlands 3 Release Date Rumors Coming Out!
Watch This! Netflix Trailer for ‘Extinction’ Looks Killer!
Wait, There’s How Many Cameras on the Samsung...
‘Fortnite’ Season Five – Worlds Will Collide and...
Home Gaming New Assassin’s Creed, Division 2 And More From Ubisoft’s E3!
GamingNews

Just like all of E3, Don’t Hate The Geek is bringing Ubisoft’s E3 coverage in an easy-to-digest format, with in-depth details of the games revealed to come later. Enjoy! 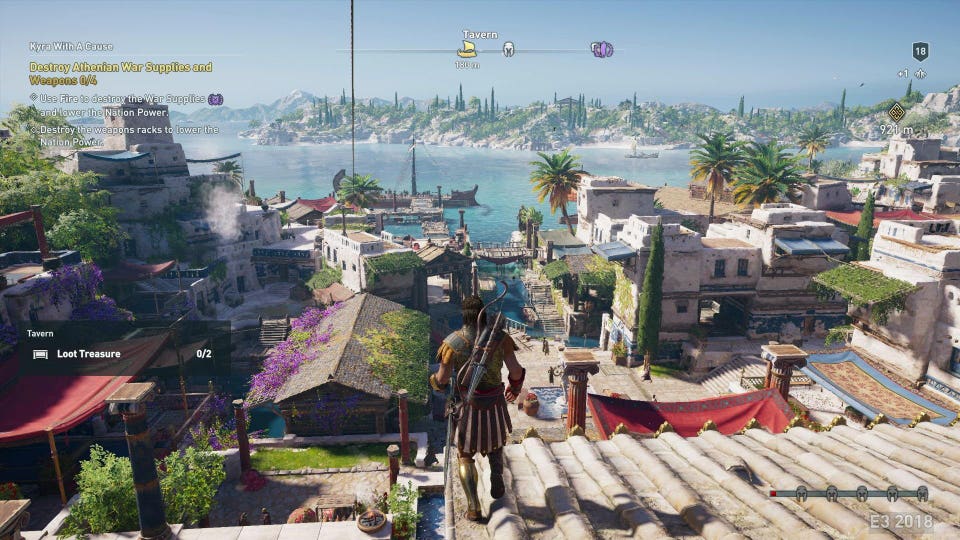 What about you geeks? Are you excited about the new Assassin’s Creed or Starfox title? How about Beyond Good and Evil or the new IP’s announced? I’m so stoked. Tell us what you think of Ubisoft’s E3 in the comments!

Spider-Man, Last Of Us, Death Stranding, More From Sony E3!

MUST-PLAY: Why ‘Ori And The Blind Forest’...

How Many Devices Will ‘Elder Scrolls Blades’...