How a ‘Ralph Breaks The Internet’ animator smashes...
How The PS Classic Became The PS “Yeet”...
MCU shows on borrowed time: Why Iron Fist...
Watch This: Take Your First Look At The...
All Aboard the 90s Nostalgia Train! ‘Rugrats’ is...
Check Out The New Goodies Coming To No...
I Don’t Wanna Grow Up, I’m A KidCon...
Doctor Who Season Eleven Teaser Drops During World...
The Predator Red Band Trailer Is Why I...
Time for another adventure! “Shadow of the Tomb...
Prepare for a reunion! ‘Zombieland 2’ is here!
‘Black Widow’ Movie Finally Finds A Director!
Cancelled Dead Space 4 Was Revealed To Be...
Dragonball Super News: Broly Becomes Canon Again!
Sony Xperia XA2 Plus – Welcome Back Hi-Res...
Get ready! Is Marvel Comics Changing this Heroine?
Borderlands 3 Release Date Rumors Coming Out!
Watch This! Netflix Trailer for ‘Extinction’ Looks Killer!
Wait, There’s How Many Cameras on the Samsung...
‘Fortnite’ Season Five – Worlds Will Collide and...
Home Gaming Interview With The Brilliant Developers Behind Far: Lone Sails
Gaming

Interview With The Brilliant Developers Behind Far: Lone Sails

Far: Lone Sails released just a couple months ago, and it’s looking like critical and commercial success, which doesn’t happen often for indies. Myself, I dive in and trudge through the mess that is the indie game industry to find gems. Well, when I found Far: Lone Sails I had to talk to the team behind it. Right now, it’s sitting at a very positive rating on Steam, and its collector’s edition is also 15% off right now! Go grab it now, and check out our exclusive interview with the awesome team from Okomotive below. 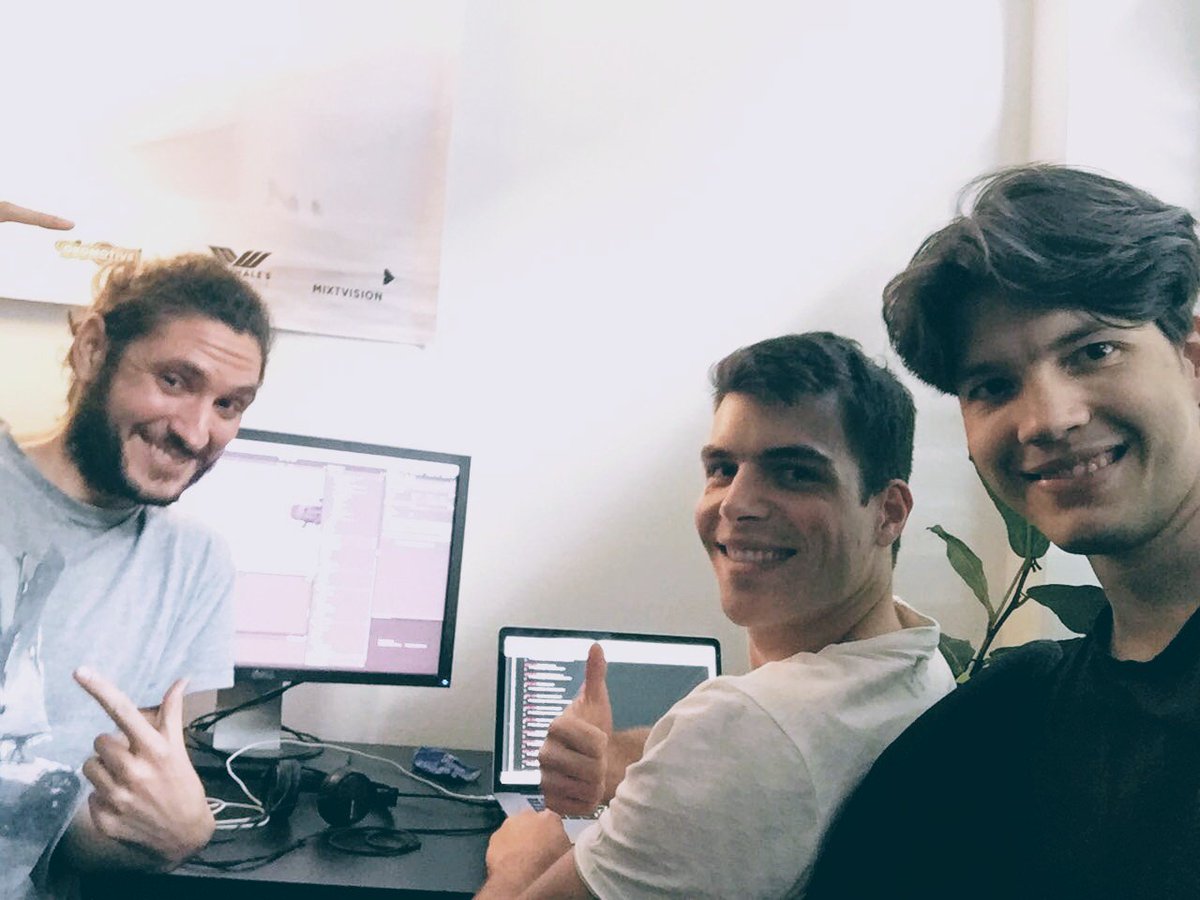 Some of the Okomotive team behind Far: Lone Sails

DHTG: Since we’re in the first two months of release, how has the performance of Far: Lone Sails been going since it’s currently sitting at a VERY POSITIVE rating on Steam?
Okomotive: It’s going really well. The user reviews we get on steam are great and over 90% positive, which is amazing. The sales are good, we’re quite satisfied with the result.

D: Tell me the story of how you and your team ended up making Lone Sails?
O: It all started with Don Schmocker’s bachelor project, he made a prototype of FAR together with a music composer (Joel Schoch). He was inspired by Theo Jansens “Strandbeest” and the “The Straight Story” by David Lynch. People liked it so much, that he found a publisher (mixtvision digital), who was willing to invest in a small student project. When he realised that the deal would probably work out, he asked Goran, a fellow student of his, to do the technical aspects of the game. They decided to completely start from scratch to have a solid code base. As the months passed by, Goran and Don realized they would not be able to finish the game in time, since they were also doing their masters degree at the time. That’s when they started to get more people into the project. First they got Martina Hugentobler in for animations, then myself to support them in level design and art and finally Fabio Baumgartner was added to the team as a programmer and sound designer.

D: Do you yourself have a personal connection to this game or what this game represents?
O: Definitely, I’m sure all of us in the team have. There’s so much of us in this game. It’s probably impossible to work on  something over three years and not have a personal connection? But I think everybody in general has experienced loneliness and can relate to Lone, which is why it appeals to so many people. It’s happy sad, which makes it special.

D: What kind of challenges did you have to overcome during development of Lone Sails?
O: Well there were a lot of programming challenges, like the physics of the vehicle, or the seamless scene loading. Also we changed the layout of the vehicle several times over development. But the biggest hurdle was living of the little money we were able to pay us. Almost all of us had second or even third jobs.

D: Coming from a game design background, how do you feel about the release in general?
O: We’re happy. We got quite some attention and for our first game it’s just amazing how many people played and liked FAR. We’re compared to studios which have years of experience. That doesn’t make it easy, but it seems like we’re able to compete, which is incredible for us.

D: There’s no zombies in this seemingly post apocalypse, which I love, and it seems the story is told through the environment and much is left up to interpretation. Was this the goal from the beginning and how did you come to this idea?
O: It was always sort of the idea behind the game. The prototype Don made during his bachelor already worked that way. Some of it was concept but some of it was just the limitation of time he had creating the prototype alone in just six moth. But all of us thought it worked really well so we went with it.

D: The vehicle itself is a character and goes through many changes throughout the journey which is awesome. How is the final version of the vehicle different from the original concept?
O: The original vehicle in the prototype was way less sophisticated and at some point more direct. It even had a screen where it talked to the player. We did remove that along the way, since we felt it was to direct of a message that it is a character. Now to player grows to interpret it as a character instead of being told to see it as one.

D: The play length on Steam says 3-4 hours, and that’s pretty much how long it took me. Did your team plan on having a longer playthrough originally?
O: Actually we planned a much shorter playtime initially. When Don made the deal with mixtvision back in 2015 he was convinced he’d be working another half a year on the game and then he would release it, with around an hour playtime. But then it grew, and the team got bigger and so did the expectations.

D: With your team, what are you current favorite games that you guys are playing? Are you excited for anything that came out of E3?
O: We have very different kinds of players in our team. Some have been playing the same games for years, some always try the new AAA titles, some do not have time to play digital games at all at the moment and are more into board and card games. In terms of E3: everyone’s talking about Sable and I think it looks really interesting, too. As a swiss studio we of course are fond of Playables, who showed their game Kids at E3 together with Doublefine. I personally am looking forward to Two Point Hospital to revive old Theme Hospital vibes.

D: I have to ask, after being in the first 2 months of release, are you planning a sequel?
O: Haha, we’re discussing that a lot at the moment. But since we have not come to any conclusion yet, I can’t tell you anything about the next project at the moment.

D: If you were to say a phrase that would entice someone to play this game, what would you say?
O: It’s a game about a journey, just you and your vehicle driving through a serene, post apocalyptic world, uncovering the remains of a once thriving civilisation.

D: Do you have any advice for an up and coming game dev or student that is looking to get into game development?
O: Work with people that are reliable and you want to work with. Releasing your fist game is really hard and you need a work environment where you can pick each other up after a throwback or during hard times. Also open communication is key to every endeavour you’ll undertake as a team.